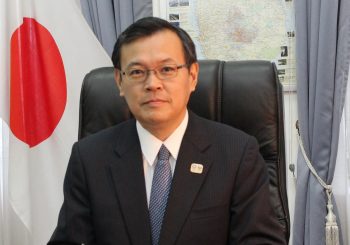 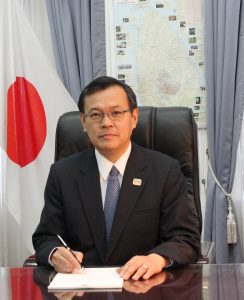 My heartiest congratulations and best wishes to the President and members of the Japanese Graduates Alumni Association of Sri Lanka (JAGAAS) for their untiring efforts and firm presence as a bridge between Japan and Sri Lanka.

Many Sri Lankan graduates from Japanese universities have made remarkable achievements in various fields after returning back from Japan and have contributed significantly to our bilateral ties as well as to the progress and development of Sri Lanka.

The Government of Japan has been inviting foreign students to study at a Japanese University with a full scholarship since 1954, and there are currently more than 100 Sri Lankan students in Japan under this program. Many of them who joined JAGAAS have made important contributions towards strengthening the friendly relations between Japan and Sri Lanka through various means, in particular by organizing seminars and workshops to introduce Japanese values and philosophies as well as by promoting academic exchanges with their Japanese counterparts at various levels.Among thehighlight in recent years is a series of events organized by JAGAAS to commemorate the 60 year anniversary of diplomatic relations between our two countries in 2012, where, for example, JAGAAS made the publication of a commemorative book, featuring a compilation of articles on Japan and Sri Lanka relations.

I sincerely thank the President and members of JAGAAS for what they have done and strongly wish them even greater success in their future initiatives.

Vision
"To be the leading Japanese Graduate’s Alumni in the world."
Mission
"Making bridges between Japan and Sri Lanka through academic ambassadors of both countries and networking with other global alumni of Japanese Institutions."